In summer you can ramble in beautiful nature, refresh your-self in the Pastviny dam, visit the aqua-park in Ústí nad Orlicí, or sporting area in Žamberk with a swimmning pool, tobogans and other attractions. You can really enjoy this district as cycle-tourists on many marked out rants (hundreds kilometers). You can also go on foot. Jirasek´s trace is on the 1st position in the presentation of a very good touristic net. This way leads on the Orlické Mountains’ edges. Your will be awarded with a very nice views. You can go around the Czechoslovakian military fortification built in years 1935-1938. If you are a fan of military history you can visit The Museum of military history in Králíky. The most well-known fort yards are Hanička, Bouda and Dobrošov. Except of natural views you can visit some of the rank of view-towers. You can visit these view-towers: Suchý vrch, Skuhrov, Velká Deštná, Andrlův chlum and more. There are also many attractive touristic destinations: Lanškroun castle, Letohrad castle, Litice castle, Choceň castle, Častolovice castle, Rychnov nad Kněžnou castle. We recommend you the visit of the natural reservation Zemnská brána near Klášterec nad Orlicí. The Žamberk airport offers sight-seeing flights. You can choose your trip also according to the length.

The Buková mountain (958 m.a.s.) is the dominant of the whole ski area. There are 2 longest downhill slopes. It was surely named thanks to large beech growths which are palpable especially on the south-east stole. There leads the green track across the top. In a good weather you can see the massive of Orlické mountains, Kralický Sněžník, Polabí, Bohemian-Moravian highland and the edges of the Krkonoše mountains. The Buková mountain can be a pleasant destination of your trip.

This mountain village is near Jablonné nad Orlicí. There flows the Orlička stream. You can go along it to the picturesque Hradiska valley which is closed by rocks in both sides. There is a closing bus-stop of the cycle-bus from Kostelec nad Orlicí.

Trough the gap between the Prostřední hill and the Na Planiskách hill there leads blue and green mark. You can follow these marks to Čenkovice over the Buková mountain to the Suchý hill and to the Bouda fort. There also leads the main road from Hradec Králové to Ostrava.

In the hight of 995 m/n.s. except dreamy view you can also find a view-tower (it used to serve as a water-tower in the past) and the closed Kramář’s chalet built in 1928 by the Czech Tourist club. There leads the Jirasek’s mountain trace – the most known touristic rante in Orlické mountains.

The higgest museum of the Czechoslovakian fortification situated directly in the military fort is available from May to September. This fort offers two types of the view rounds. 5 objects, connected by underground corridors, were built in the highest scale of tolerance. In spite of it this fort nearly came under the demonstration during the fifties. The inversion came after 1989 thanks to many volunteers who have still actively shared in going of the museum and also in preparing many actions for the public.

A mountain village where the Jirásek´s mountain trace crosses the instructive path Zemská brána and Betonová hranice (it leads trough the most strongly fortified area in Europe before the second world war). Radioactive healing streams rise here, the strongest are Šalamoun and Karolína. Near these streams you can use the border transition for walkers to Poland.

The historical centre of this town on the junction of the Orlička stream and the Tichá orlice river was enounced as the city of monumental zone, especially thanks to baroque buildings (Saint Bartolomeas Church and others). The city history is approximated on the exhibition in the exhibition hall. The favourite place for walking is Hradisko – the natural locality in the valley of the Orlička stream, with grass fields, meandering stream and rock formations.

A picturesque mountain town is known by the production of cribs and organ. Not only their exposition we can see in the modern City museum. If you are interested in the system of the Czechoslovakian fortification which is extra fair in the surroundings you can see its history in the military museum. Under the ages of this museum there are held many interesting actions during the year. You can go directly from the town through the time alley to the significant baroque pilgrimage area on the God´s Mother Hill.

In the town lying on the Tichá Orlice river and surrounded by with beautiful nature you can find some significant baroque monuments, for example the castle with park and the Saint Jan Nepomucký chapel, the plague post or the Saint Václav Church. In the museum of handicrafts you can see the largest exposition of the kind in Bohemia with 40 equipped workshops. After the view you can have a rest in the building of baroque granary where the cultural centre with the style restaurant and gallery grew up.

The administrative centre of the Lanškroun region disposes of many sporting areas. There are also some cultural monuments, such as the castle that is the such of the museum, the renesance town-hall and a lost of examples of folk architecture. The natural park of 7 ponds invites visitors for walking, fishing or practising water sports on the Dlouhý pond. Near Lanškroun on the main European water-shed there is a pilgrimage place called Mariánská hora (Marian mountain).

The ruin of the Lanšperk castle

From this ruin near Ústí nad Orlicí there is very nice view to the Tichá Orlice valley and also on the Žampach hill.

Overview of available reserves, which can be ordered. 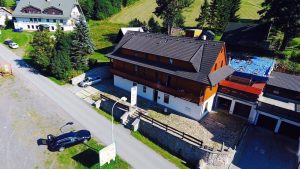 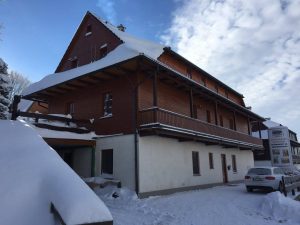 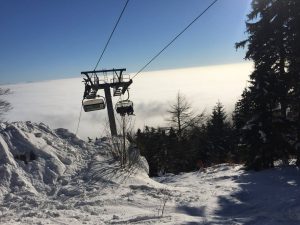 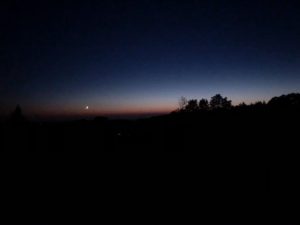 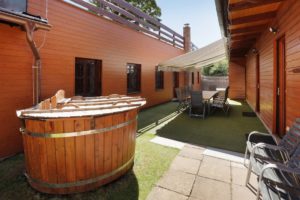 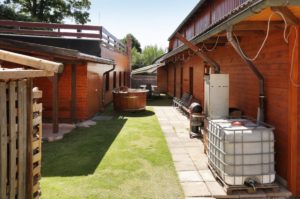 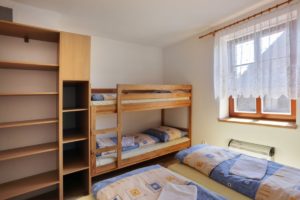